In Response to Violence, Towards Healing & Liberation

Over the last week we have seen and felt the impacts of many acts of violence targeting our communities and our most vulnerable.
We have seen our transgender, gender non-conforming and intersex family written off and out of all federal websites. Trump has moved to define gender in a way that would completely deny the truth of those who exist outside of the gender binary. The proposed definition would define sex as either male or female, unchangeable, and determined by the genitals that a person is born with, according to a draft reviewed by The NY Times. Any dispute about one’s sex would have to be clarified using genetic testing.
After attempting to gain entry to a Black church in a Louisville suburb, a shooter went to a nearby grocery store and murdered two Black elders in cold blood. In Pittsburgh, a gunman armed with a AR-15 and three handguns opened fire on the Tree of Life synagogue killing 11 Jewish worshipers, injuring 7 others. From his van in Florida, a Trump supporter and domestic terrorist sent at least 15 homemade bombs to prominent members of the Democratic party as well as to CNN headquarters.
Rest in Power…
Vickie Jones, 67
Maurice Stallard, 69
David Rosenthal, 54
Cecil Rosenthal, 59
Richard Gottfried, 65
Jerry Rabinowitz, 66
Irving Younger, 69
Daniel Stein, 71
Joyce Fienberg, 75
Melvin Wax, 88
Bernice Simon, 84
Sylvan Simon, 86
Rose Mallinger, 97
All across the nation, right wing white nationalist militia groups are quickly arming themselves, organizing and mobilizing to meet the thousands of asylum seekers who are walking through México toward the United States border to apply for lawful asylum together. To whip up white fear and hysteria Trump and these militia have redefined immigrants as invaders, and mainstream media is repeating this language. The Pentagon is now planning to send 5,000 troops to the border to stop the caravan, to stop people en masse from following U.S. immigration laws, while Trump is seeking to repeal birthright citizenship, a right guaranteed in the constitution since the abolition of slavery.
Each of us witnessing and experiencing these events must recall that for as long as white supremacy, colonization and imperialism have existed, we have known violence. Violence has been and will always be the means through which we are indoctrinated into these systems.
To heal us, to heal our planet and humanity we must align our actions with our core values. We must work to create a world where safety means investment in people and planet.
The current administration is making clear that they will continue to tear away at our rights as people. What they are fighting so fiercely against is the unity of our people. Their hate and fear has given birth to an opportunity to unite against punishment based criminal and immigration systems, as a beautiful and worthy multiracial and multi-gender movement for liberation.
Our people have always struggled. We come from generations of warriors, organizers, mothers, healers and many other freedom fighters who have taught us enough to know that the master’s tools will never tear down the master’s house.
We see you, movement fam. We feel the heaviness of these weeks with you. Together, we will keep working to build the future of safety and dignity we all deserve. Take care of yourself, check in on your friends, neighbors, family. Vote if you have the privilege to do so. 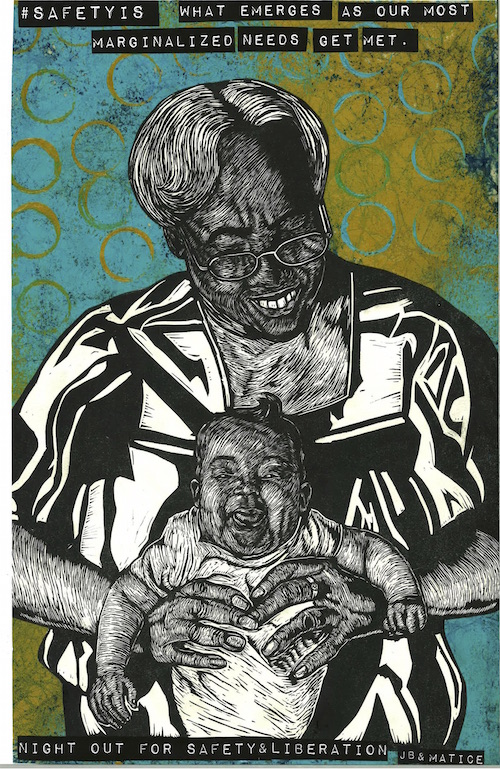 Towards healing and liberation,
The Enlace Team