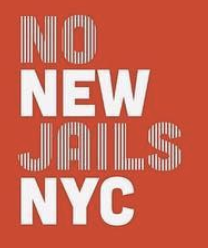 Freedom to Thrive works to create a world where safety means investment in people & planet and to end the punishment-based criminal and immigration systems. We are an abolitionist organization who began the Prison Divestment campaign ten years ago. We understood that mass incarceration and mass immigrant detention are one in the same. We understood that these systems seek to make a profit from locking up Black and brown, indigenous, and immigrant communities. Since launching the Prison Divestment campaign we have seen more than 5 billion dollars divested from the private prison industry, now imagine what that money could do for our communities. Imagine what this 11 billion dollar jail expansion plan could do to support New York City communities.

There is only one solution for the thousands who have been harmed by Rikers, shut it down.People all over the city have said what 11 billion dollars could go to: housing, education, health care, accessible public transit etc. Not a single person said new jails.

We want you to support the continued demands of our comrades in the No New Jails campaign. End any new construction of jails in New York City – demand the city invest $11 billion in public resources. Imagine a new world with us!

Join the No New Jails organizers and allies TONIGHT at 6pm

If you are unable to make it follow the phone zap here! Call the city council and let them know close Rikers and no new jails. City Council members VOTE NO.

In solidarity,
Freedom to Thrive