In April 2017, Enlace and our broad local coalition pushed the City of Portland to become the first city in the nation to permanently divest from prison profiteers like Wells Fargo, JP Morgan Chase and other problematic companies like Caterpillar that destroy the lives and land of indigenous peoples around the world.
Not only did this historic vote hold the City of Portland accountable to the demands of its constituents but it also united Portlanders from various communities in the fight for social justice. By doing this, we were able to achieve this historic victory and begin to pave a path for the future of socially responsible action nationwide.
How did we win this historic victory?
We built a powerful diverse coalition representing 10,000 Portlanders from the immigrant, Black, Jewish, labor, faith, civil rights, LGBTQ communities.We developed leadership of the people most impacted by corporate and state violence and built a movement for human rights that targeted all corporate backers of human rights abuses.We refused "divide and conquer" tactics that would have added certain corporations to a Do-Not-Buy list and left others outWe committed to a broad vision that built the analysis of our communities around the shared roots of corporate and state violence against our communities, and a specific campaign objective that clearly defined the victory we wanted. 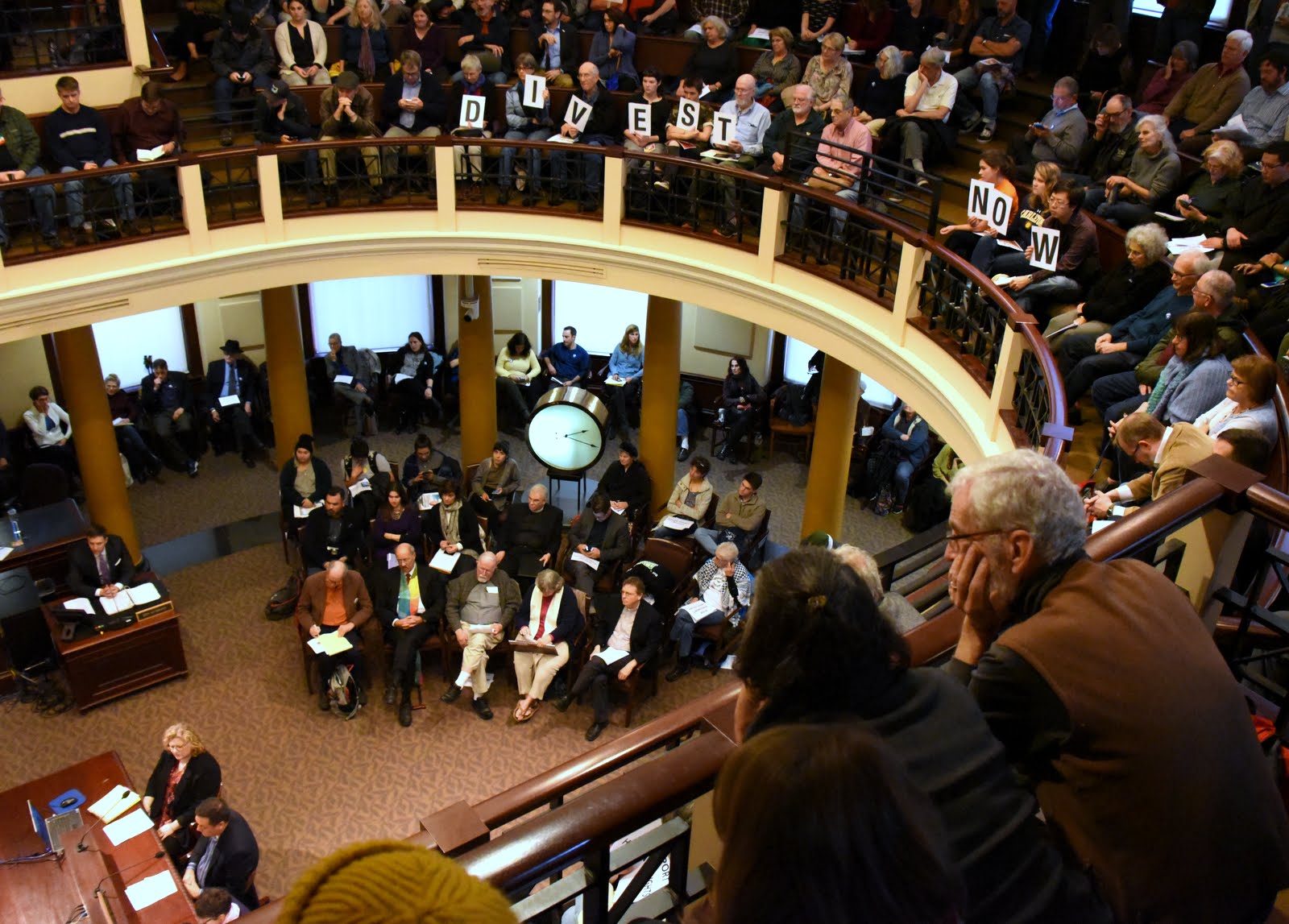 This is a critical moment in our nation’s history. As vulnerable communities organize against the Trump administration, Portland’s action is representative of bold local leadership and strong, united coalitions that stand firmly in speaking out against practices that trample human rights, corporate ethics, and desecration of the environment. 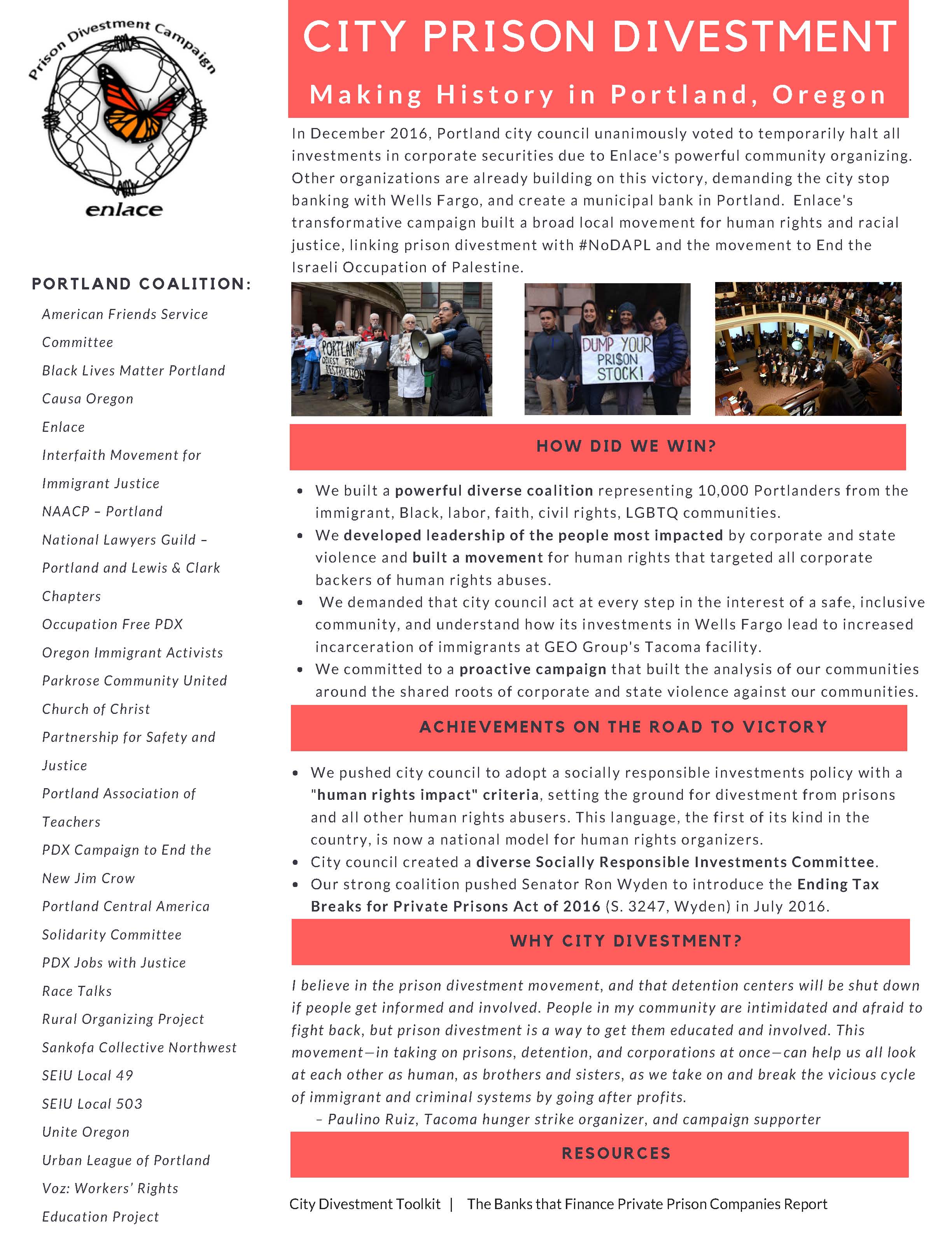