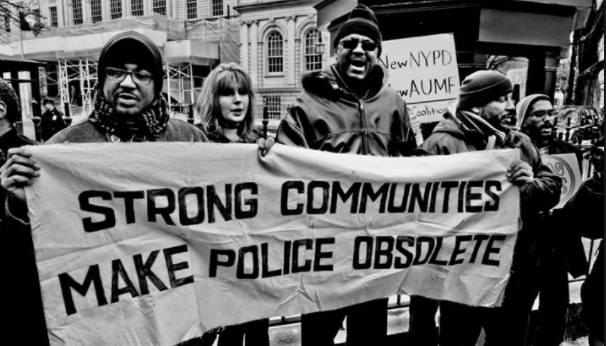 Join the Coalition to End Broken Windows, the New York Worker Center Federation, Enlace, 5 Boro Defenders and the Police Reform Organizing Project (PROP) on the steps of City Hall before the City Council’s Public Safety Committee budget hearing to rally against more funding for the NYPD and to demand NYC #EndBrokenWindows.
Join us March 30th at 9am in front of City Hall, RSVP on Facebook
As part of our continued demand for #SafetyBeyondPolicing and our support for the #FreedomCities movement, our communities don’t want our money going to the continued enhancement of police power. We want community centers opened, our schools properly funded, free or reduced fares for poor New Yorkers and so many more of our most pressing needs met.
Divest from policing and invest in our communities! We want a Freedom City!
One year after gifting the NYPD an extra 1,297 police officers at a cost of about $200 million per yer, the City is doling out another $275 million to upgrade a police training center and firing range.
Year after year, this ‘progressive’ City government rewards the NYPD with more resources while cops who kill civilians walk free and our communities battle poverty–and continued police brutality and harassment.
Mayor de Blasio has also, despite posturing himself as being anti-Trump, clung onto the racist, disproven ‘Broken Windows’ policing tactics that killed Eric Garner and have led to untold numbers of arrests and summonses to poor NYers of color over ‘quality-of-life’ infractions. This despite knowing the deportation risks for immigrant NYer associated with police criminalization.