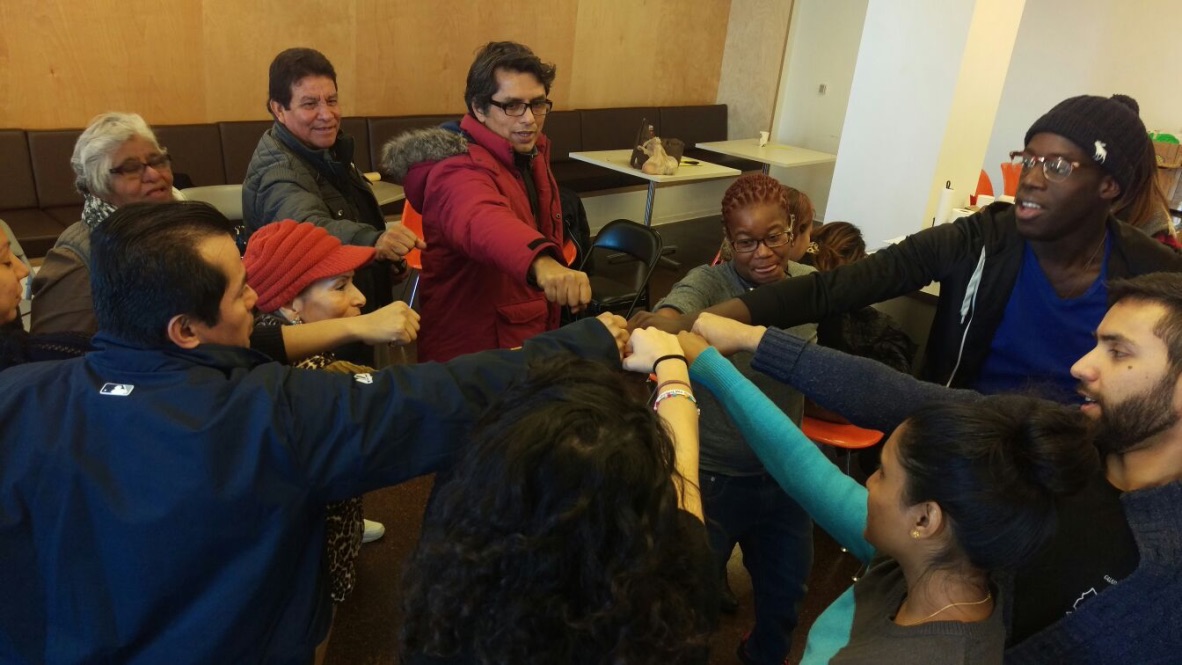 While the world struggles to digest the sullen reality of the recent election, over a dozen worker-leaders from across communities and organizations have been deepening the roots of our collective power as they participated in the second training of this year’s Delfino Leadership Institute. In the wake of the election, the day-long training was a critical space to collectively grieve, heal, organize, and unite. We spent the morning sharing and processing the fears that had risen to the surface, recognizing that when we heal together, we are building our power from within.
We brought down walls of hatred and intolerance (literally — we have videos!) and renewed our commitment to a future where our communities live with the justice, dignity, and safety we deserve. Refueled by the clarity and urgency of our vision, worker-leaders then spent the rest of the day creating a plan to fight back against white supremacy and sharpening critical organizing skills.
While our fears — and the threats we face — are real, it was clear that because we have a Federation that brings together immigrant workers from all over the world we will win. We will step up our fight for collective liberation, following in the footsteps of all those who struggled before us
The Federation will mobilize against this new regime of hate by putting our communities and our power on full display through both performance-based and economic means of resistance and non-cooperation. As our country takes to the streets declaring its rejection of the president elect, we will continue building deep and longstanding solidarities to transform our movements.
Unity is Power.
Eh Ko Tai Bol//একতাই বল
Unidad es Poder
Union fait la force
El-Itihad Qawa//اتحاد قوى