In Solidarity with Standing Rock 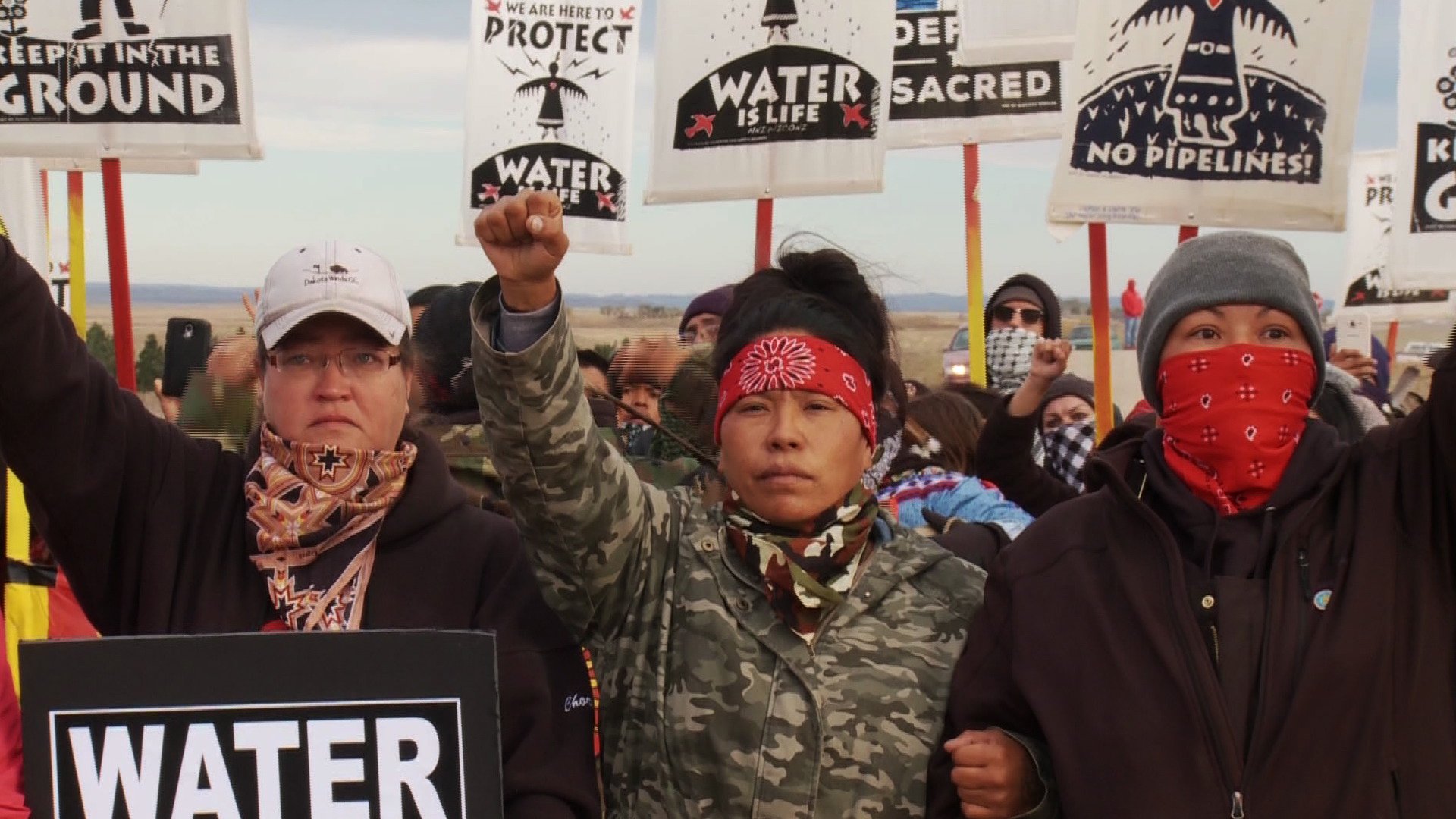 Enlace is in solidarity and stands with the Standing Rock Sioux Native Americans to STOP the construction of the Dakota Access pipeline. A $3.8 billion 1,100 mile fracked-oil pipeline being built by multi-billion dollar corporation Energy Transfer Partners, in which construction is being driven by money, greed and investors. This pipeline violates Indigenous People’s rights, the Standing Rock Sioux Nations rights to their land and sacred sites, endangers the Missouri River risking contamination and pollution, and denies the human right of access to clean water. Water Protectors are putting their bodies on the line and protecting all of our rights from people, to animals, plants and Mother Earth because every living thing on earth needs water to survive.
This fight has been made visible through social media when news outlets have ignored it and journalist who have covered it have been arrested and threaten. We must recognize that the abuse Indigenous people are facing is not something new but a continuous abuse they have faced for generations at the hands of the federal and state government. North Dakota has a total budget of $10 billion for police crackdown to get rid of the water protectors. Law enforcements have pepper sprayed, tear gassed, shot rubber bullets, and sicked dogs on the water protectors as a means to inject fear to deter them from continuing their fight.
Who is behind this abuse? The government, oil and gas companies, money and greed from investors and corporations who have invested into the pipeline and are demanding timelines to be met. Money is pushing the work with disregard for the people of the land.
Who’s Banking on the Dakota Access Pipeline? “the most powerful financial and corporate interests on Wall Street, the profit-driven institutions that are bankrolling this pipeline plan and so many others like it throughout the country”. (foodandwatchwater.org) DAPL is a project that has secured a total of $2.5 billion to construct the pipeline and has $10.25 billion supporting the pipeline from banks and companies.
One of the banks supporting the North Dakota Access pipeline is Wells Fargo, who also profits off of the incarceration, detention and deportations of our families and communities. As a Million Share Club member, they invest in Corrections Corporation of America (CCA) and GEO Group (GEO), the two largest private prison companies in the United States. For years they have been profiting from the incarceration of people of color, separation of our families, and human rights violations.
#NoDAPL solidarity actions call for actions demand that the companies and the financial institutions trying to build the Dakota Access Pipeline cut off their line of credit and stop funding DAPL.
The Prison Divestment Campaign is currently working to make the City of Portland the first city in the country to divest from corporations due to their active role in mass incarceration. “For-profit prison corporations and their investors are one of the driving forces behind the era of criminalization and incarceration of our communities,” said Amanda Aguilar Shank. The campaign is asking the city to divert the funds it currently invests in Wells Fargo into strengthening its local communities, reinvesting in communities directly impacted by mass incarceration.
Not only is Enlace demanding Wells Fargo END its funding of the DAPL and the incarceration of our people but demanding that Wells Fargo Bank pay reparations to the Sioux and other communities of color they have harmed.
We Demand Reparations and Reinvestment in Our Communities!!!