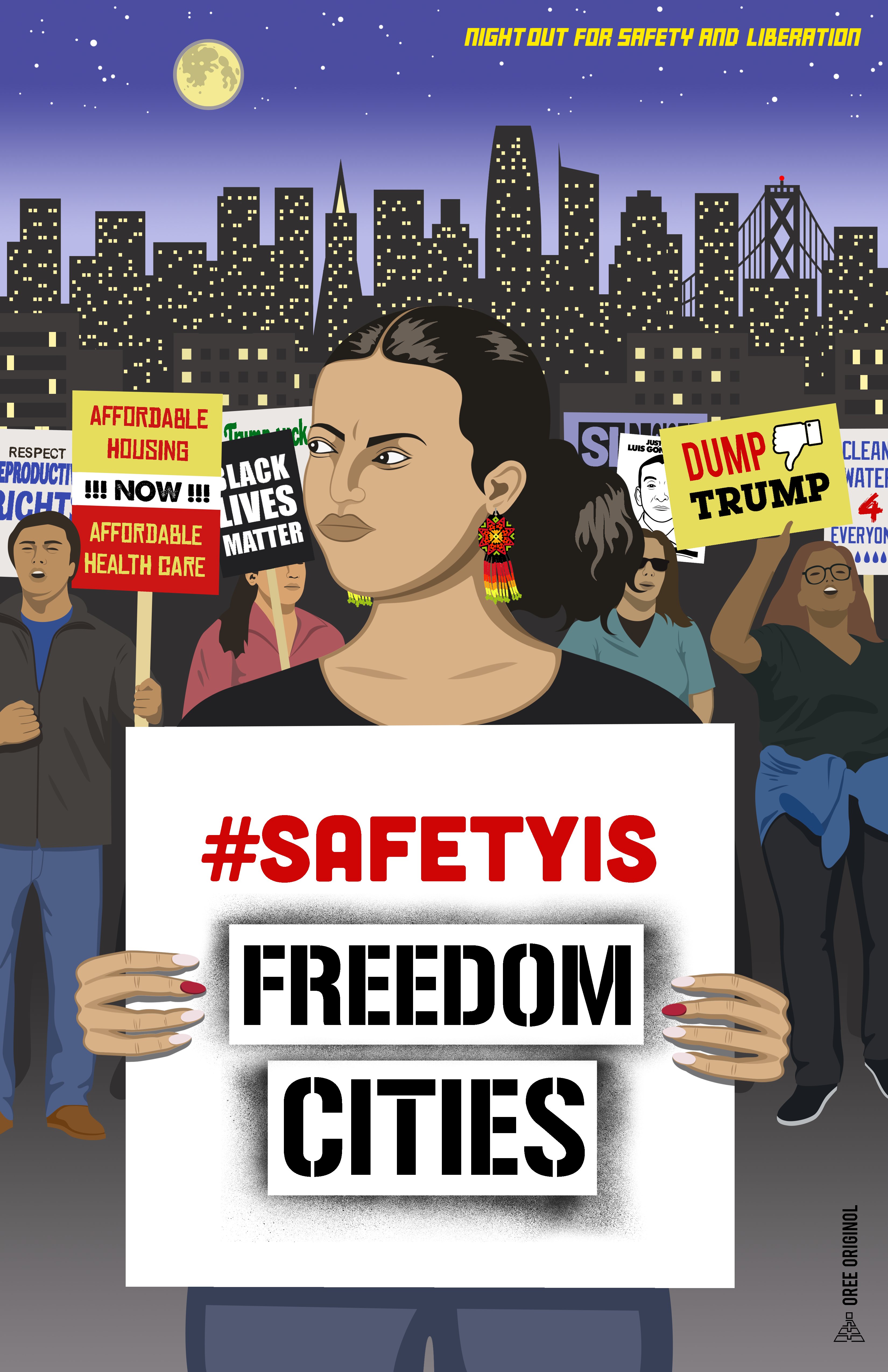 Dozens of community members in New York City will join people in 30 cities across the country to define and demand a vision of safety centered on what communities need to thrive.
On Tuesday, August 1st ,community members and organizers from across the city will participate in the Night Out for Safety and Liberation (NOSL), a gathering for community members to redefine what public safety means to them beyond policing. NOSL is a bold, direct response to National Night Out, the events sponsored by the National Association of Town Watch that highlight neighborhood watch programs and community-police relationships as the pathway to public safety.
The communities participating in NOSL have long faced the damage caused by criminalization, mass incarceration, police brutality and deportation, and know that increased policing does not equate to increased safety. NOSL began in 2013 partially as a response to the murder of Trayvon Martin and the ongoing and longstanding violence inflicted upon Black and Brown communities by law enforcement. NOSL participants instead call for us to shift our focus to the true primary drivers of public safety: affordable housing, education, good jobs, healthy food, and access to healthcare.
“ Safety is when workers and members of our community are respected. We are all human beings with rights that cannot be compromised based on race, nationality, age, gender, and/or sexual orientation,” said Cesar Boc, Organizer at the Street Vendor Project. “We believe that safety is when street vendors are not threatened with arrests, their belongings are not confiscated, and their rights are respected as residents of NYC and as human beings.”
Workers and partners in the Freedom Cities movement will participate in NOSL by hosting a community-driven alternative to National Night Out events in the South Bronx. The event includes a march, speakout, street theatre, food, danza, poetry, music and more. NOSL is an opportunity for a broad intersection of groups and people to join together in building the vision for Freedom Cities, a movement that seeks to make entire cities, towns, and communities safe for workers, people who are differently-abled, immigrants, Black people, Muslims, LGBTQ people, and all oppressed communities.
“As a member of the Million Hoodies family, there’s a lot of comfort and energy that comes from the fight for Freedom Cities. As young Black and Brown youth, we deserve to live, not to just survive, but to thrive — to be carefree, supported, and respected. We have power as a community to provide for our folks — to feel safe not by being policed, but by coming together and reimagining how we want to define safety and freedom,” Lexi, member of Million Hoodies Movement for Justice.
Event Details:
When: August 1st @ 5:00PM Where: Brook Park – Brook Ave. bet. E. 141 St. and E. 140 St.
Follow Night Out for Safety and Liberation online with the hashtags #NOSL17 and #SafetyIs. Visit NOSL.us to find information about events, supporting organizations, artwork, and a how-to guide for hosting a NOSL event.