Prisons are NOT Real Estate #RevokeREIT 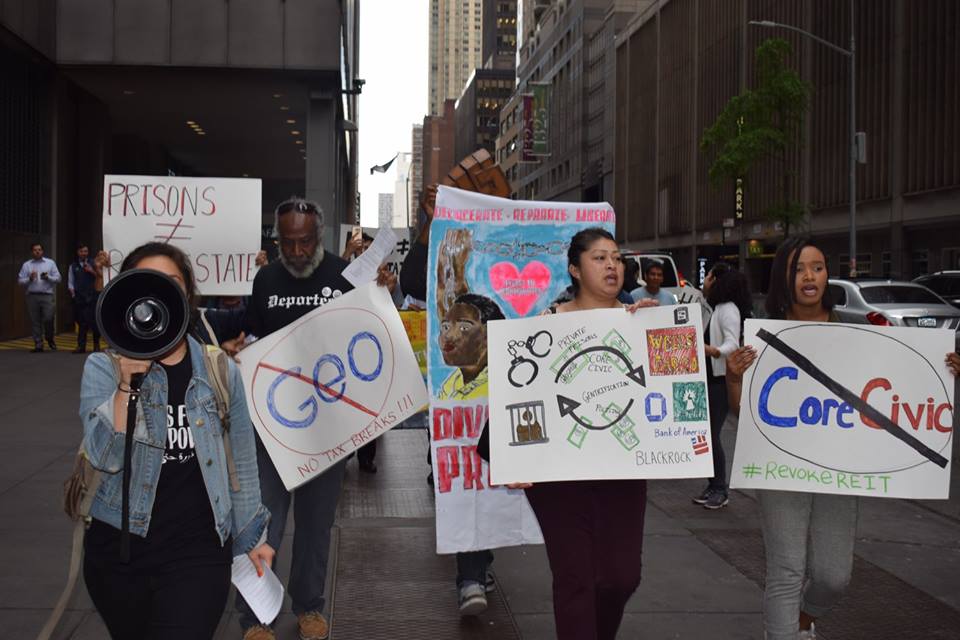 Yesterday Enlace and many other immigrant rights, social justice groups, and community members rallied outside the Midtown Hilton Hotel as CoreCivic, one the two largest for-profit prison industry companies in the U.S., spoke inside at the Real Estate Investment Trust (REIT) investor Conference.
We exposed the gentrification to prison pipeline created by REITs which benefit corporations like the Geo Group, CoreCivic, and members of the Million Shares Club. As gentrification drives communities of color from their homes and neighborhoods, for-profit prisons are being designed to lock up displaced communities.
The Real Estate Investment Trust status is a special tax status that allows real estate companies to avoid paying corporate taxes. Last year alone, GEO avoided paying $35.1 million in taxes and Core Civic avoided $53.6 million in taxes. Not only are they profiting from the incarceration of black and brown bodies, from the deportation and separation of families, off the abuse, deaths and pain of our communities but they are now redefining prisons as a form of real estate and are rewarded for doing so.
Our allies, Families for Freedom, Black Alliance for Just Immigration and the New Economy project called out the racist industries these corporations represent but also demanded the need for reinvestments to our communities!
Check out pictures from the action.