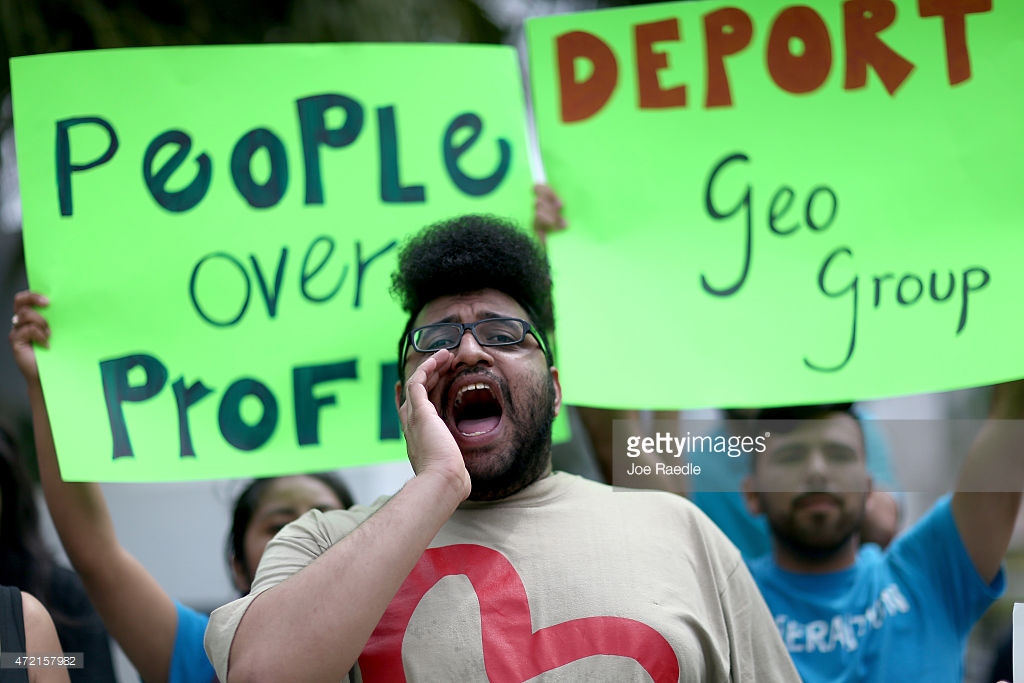 I want to do some time traveling with you. Clear your mind for a bit and think back to the way you were feeling around the start of last year. We were coming out of eight years under then-President Barack Obama. We witnessed an election of a certain reality tv star (aka Mr. Twitter Fingers) whose campaign platform was solely white supremacy, fear, and hate mongering. We watched a certain former secretary of state blame her loss on marginalized folk and, the system, and a politician who didn’t address overt sexism and only remembered Black lives when he was initially protested. Many of us, even on inauguration day, were still saying “This can’t be happening.” How did you feel? What actions did you take? Were there heated discussions about who didn’t vote? Were you scared for your family? Did you think of your ancestors? Did you pray? What was your first reaction? Did it feel like this was the end?
I, like many of you, was stuck scratching my head as I watched a reality television star being sworn in as commander in chief. I kept thinking, “Where do we go from here?” For the last 12 months, our communities have been scrambling. Scrambling for healthcare, employment, housing and many other basic needs of the people. For folks who are newly awakening to the daily reality of marginalized people in this country, you might think this new administration is somewhat of a setback to all the progress that was made under President Obama. To believe this, is to ignore the years of resistance by our ancestors and erase their struggle. Our ancestors who did the groundwork to get us here today. It also implies that our most vulnerable communities ever had equitable or even equal opportunities.
Our ancestors were supreme strategists and innovators. Even in times of malnourishment, the splitting up of our families, fires, disease, enslavement and tyranny–they found a way to keep hope alive in the subjugation that was the actuality of their time here on earth. The hope alive in our hearts is the tune we carry everyday that our ancestors sang. Our Enlace team is made up of folks who are Black, latinx, queer, trans, immigrants, first generation, indigenous, women and femmes. So when we come together, we come together channeling the strength of many, many generations that have been and those who have yet to come. This is the wind at our back as we do liberation work. We create our own opportunities and strike when the timing is right.
Over the last year, Enlace has had some amazing victories. We were ahead of the curve working hard to lead the way in the Prison Divest movement. With the support of trusted community organizations and individuals coming forth providing their testimony, we got the city of Portland, Oregon to divest from private prisons and became the first city in the nation to permanently divest from prison profiteers like Wells Fargo, JP Morgan, Chase and other problematic companies like Caterpillar that destroy the lives and land of indigenous peoples around the world. To date, Enlace has lead the work to divest $4.5 billion dollars from private prisons. We launched a national program, We Rise, training over 40 women, transgender and/or gender nonconforming folks of color in our frameworks. As a staff, we took steps to better embody team wellness and attended a generative somaticstraining to support team health. 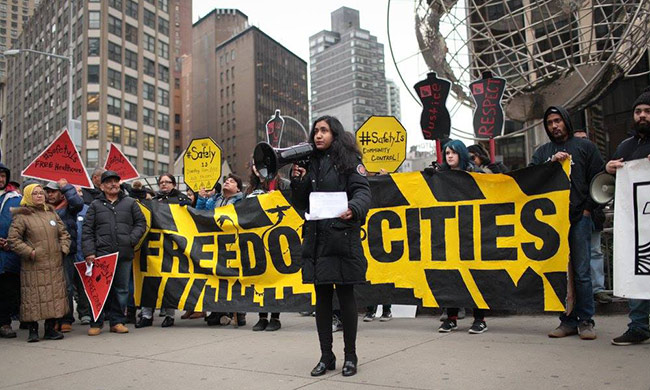