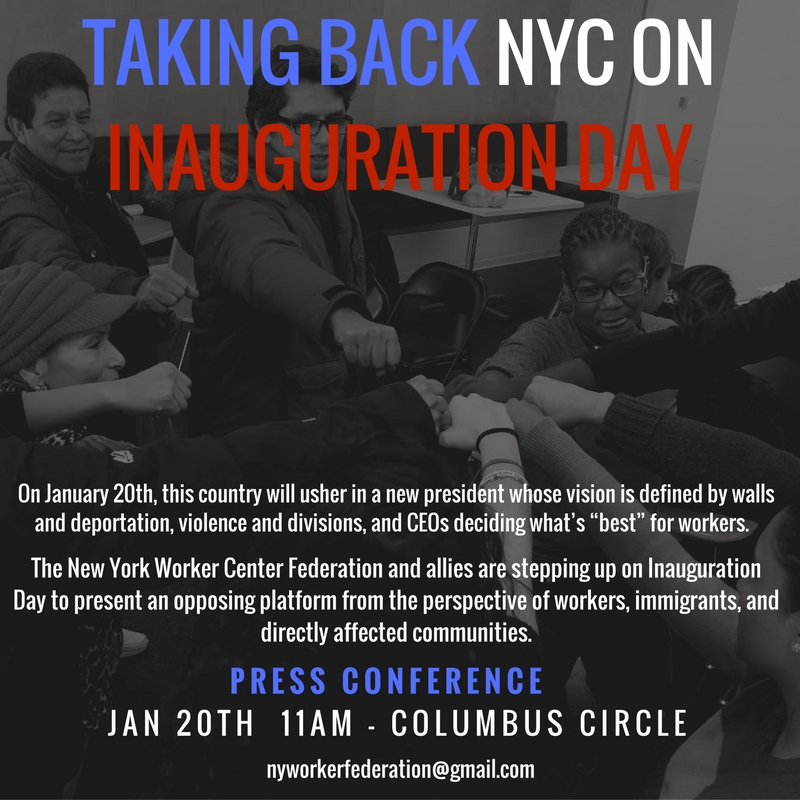 Two years ago workers and immigrants convened to form a new coalition, the New York Worker Center Federation. The coalition would bring together workers from vast working sectors and people from all over the world residing in NYC. Workers and immigrants would be the major decision makers for the programming and long term plans. The coalition has taken on issues of immigrant rights, police brutality, gender justice, and state violence through the use of popular education trainings and direct actions. The Delfino Leadership Institute has been the workshop for this grand experiment and innovation in the social justice movement.
Following the Presidential elections, workers and immigrants gathered at the Delfino Leadership Institute for a day of movement building and strategy. The election results have increased state, corporate, and vigilante violence against communities of color, women, LGBTQ, muslims and workers. In response to this rise in xenophobia, the New York Workers Center Federation is fighting back.
We would like to invite you to join us in the next historic step of this coalition, the launch of the #FreedomCity Campaign and the 6 point platform: Worker Rights, Safety Beyond Policing, Hate Free Zones, Community Control, Invest in Humanity, and Political Power. Join us this Friday January 20th at 10:30 am at the Trump Hotel (Central Park).
Join us in following the leadership of workers and immigrants in New York City.
#WeWantFreedom