Last week in Portland, we pressured engineering and design firm Louis Berger to publicly announce that they will not build Trump’s border wall. This makes them one of the 16 companies to publicly commit to non-participation. 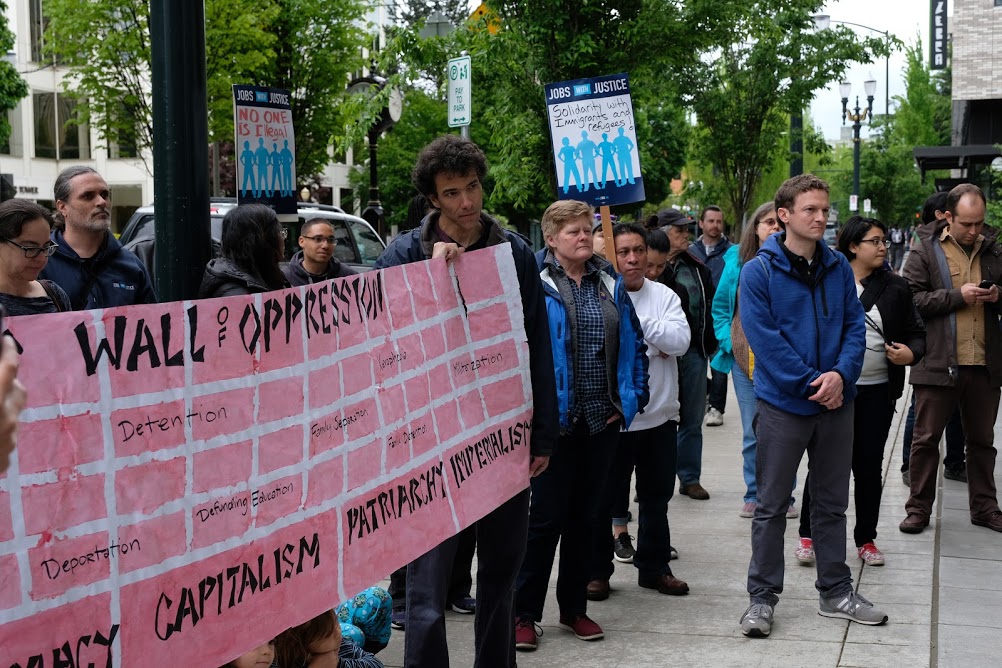 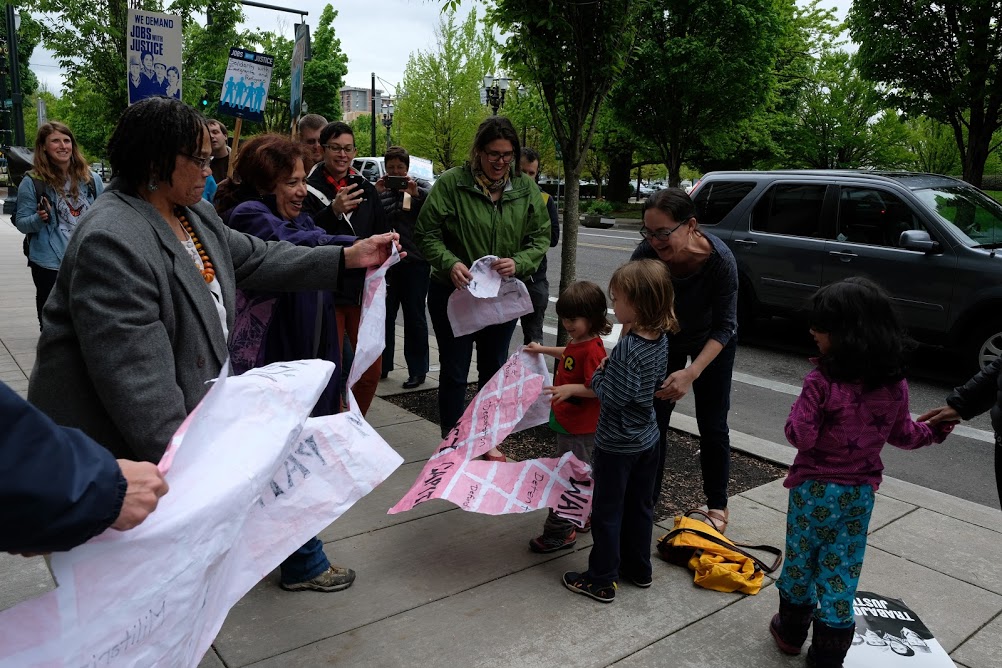 We joined with Voz Workers’ Rights Education Project, Portland Jobs with Justice and Partnership for Working Families to push this international company to disavow their involvement in building Trump’s wall. We brought down walls of white supremacy and intolerance (literally — we have videos!) and renewed our commitment to a future where our communities live with the justice, dignity, and safety we deserve. We stood up for a vision of investments in and freedom for workers, communities of color, immigrants and all oppressed peoples. The action was part of a national week of action organized by Partnership for Working Families to demand just, people-centered infrastructure— schools, clean water, transportation– and to fight bad “infrastructure” we don’t need. PWF led the call to contractors to demand they not help build the wall and to Berkshire Hathaway to demand they not insure wall-building contractors. The week of action was successful in pressuring Louis Berger and Hensel Phelps to not build the wall. Holding corporations accountable is part of building our power for a collaborative agenda across sectors. Our local power and vision for collective liberation is allowing us to win in cities.